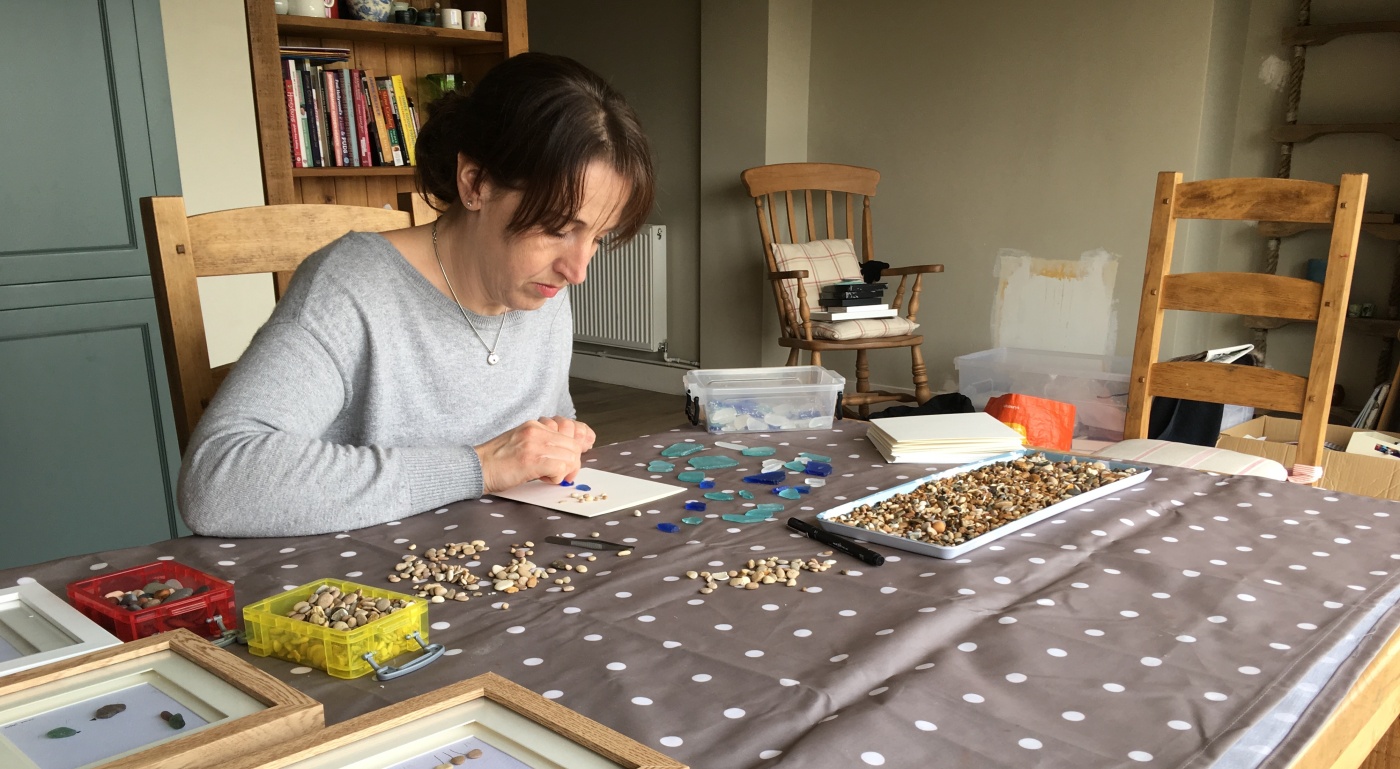 I’m actually an accountant by trade and don’t have a background in art at all. I just find it very therapeutic and enjoyable and love nothing better than creating pictures from a table of pebbles, tiles and sea glass.

I sort of fell into pebble art following a holiday at Freshwater East in Pembrokeshire. The pebbles around that area are so pretty and diverse. On the beach one day, I saw a pebble in the shape of a ‘bride’s dress’. My sister was due to get married the following September, so I decided to try and make a wedding pebble picture. I also saw a nose-shaped pebble on the beach, which gave me the idea for my ‘Stone Noses’ card range!

When I got back from holiday, I made the wedding picture and began to make cards for my friends, which proved really popular. So, I made lots more pictures and was invited to have a stall at Hazelwood School’s fair. My art work received such good feedback and I sold several to local people, including the lovely ladies at Chic Grooming in Limpsfield.

This really spurred me on and it was from that, that I really began to take it seriously and set up a Facebook, Twitter, website and Etsy shop.

The rest, as they say, is history!